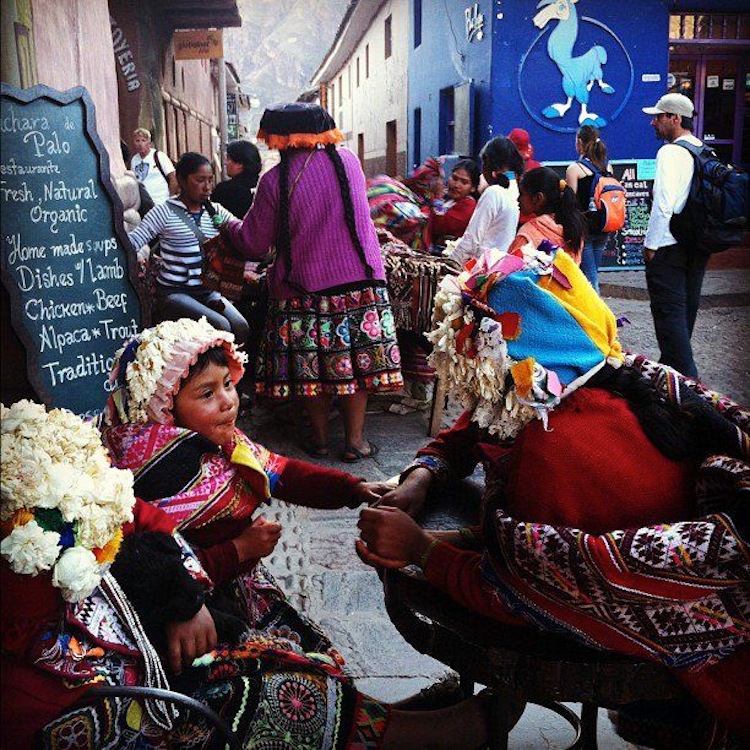 The town of Pisac (Pisaq) is one of my favorite places in the Sacred Valley.  I fell in love with Pisac the first time I came five years ago, and have fallen more in love with it ever since. It’s about 45 minutes from Cusco city and about 15 minutes from Casa De Milagros. Pisac is known for its amazing ruins, and for its popular artisan market. The entire town is lined with ancient Inca agricultural terraces that are still in use today, and the ruins provide an impressive backdrop to the town below. I’ve visited the ruins about 3 times, and there is still so much more for me to see and learn…

END_OF_DOCUMENT_TOKEN_TO_BE_REPLACED 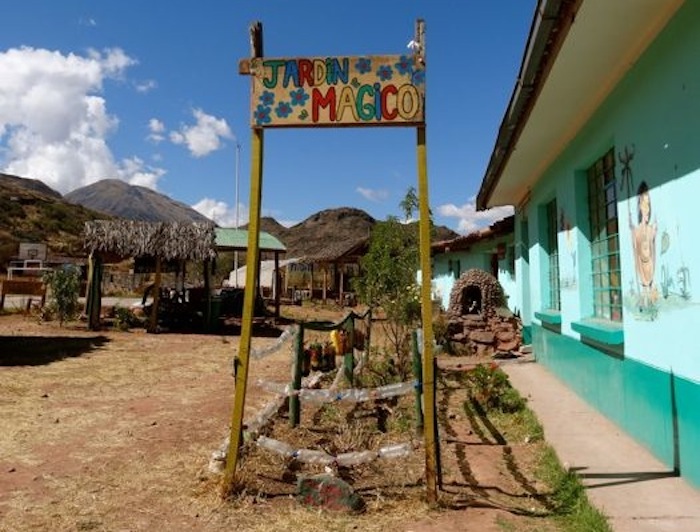 Two and a half years ago, Cusco and the Sacred Valley were hit with some of the most intense and heavy rains in decades. As a result, much of the region was flooded, and there were disastrous landslides throughout Cusco, Much of the road through the Sacred Valley was taken out in several areas, as were some key bridges such as Pisac Bridge.

One of the most severely hit was the small town of Huacarpay, about 45 minutes outside of Cusco….

END_OF_DOCUMENT_TOKEN_TO_BE_REPLACED

“To gain that which is worth having, it may be necessary to lose everything else.” 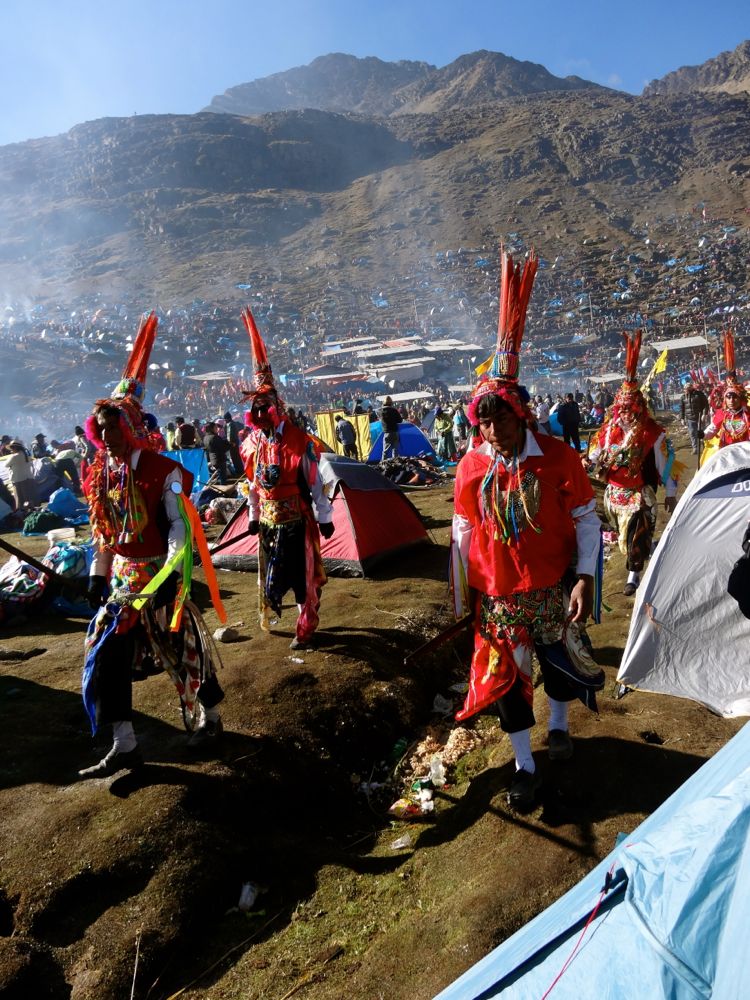 Two years ago, when I was living in Cusco from end of May to end of August, I was lucky enough to experience the full force of Cusco’s most festive months. June and July are filled with celebrations of Andean and Spanish origin; most of which are a unique and fascinating hybrid of both. I was in the throes of Corpus Cristi festivities when a local musician friend told me he was heading to Qoyllurit’i that next morning, and asked if I wanted to join him. I had never heard of it, and as he began to tell me more about this spiritual pilgrimage, I grew more and more curious.

END_OF_DOCUMENT_TOKEN_TO_BE_REPLACED 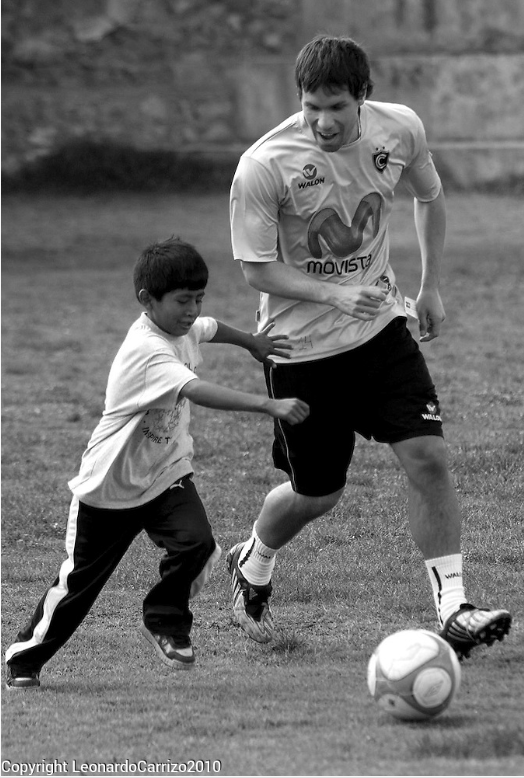 Just came across this video of one of my happiest moments working with Casa de Milagros & Inspire To Do. A reminder or what is possible with focused energy, passion, and a willingness to serve. Please watch – it would mean a lot….xo

Inspire To Do – Cusco Peru from leonardo carrizo on Vimeo. 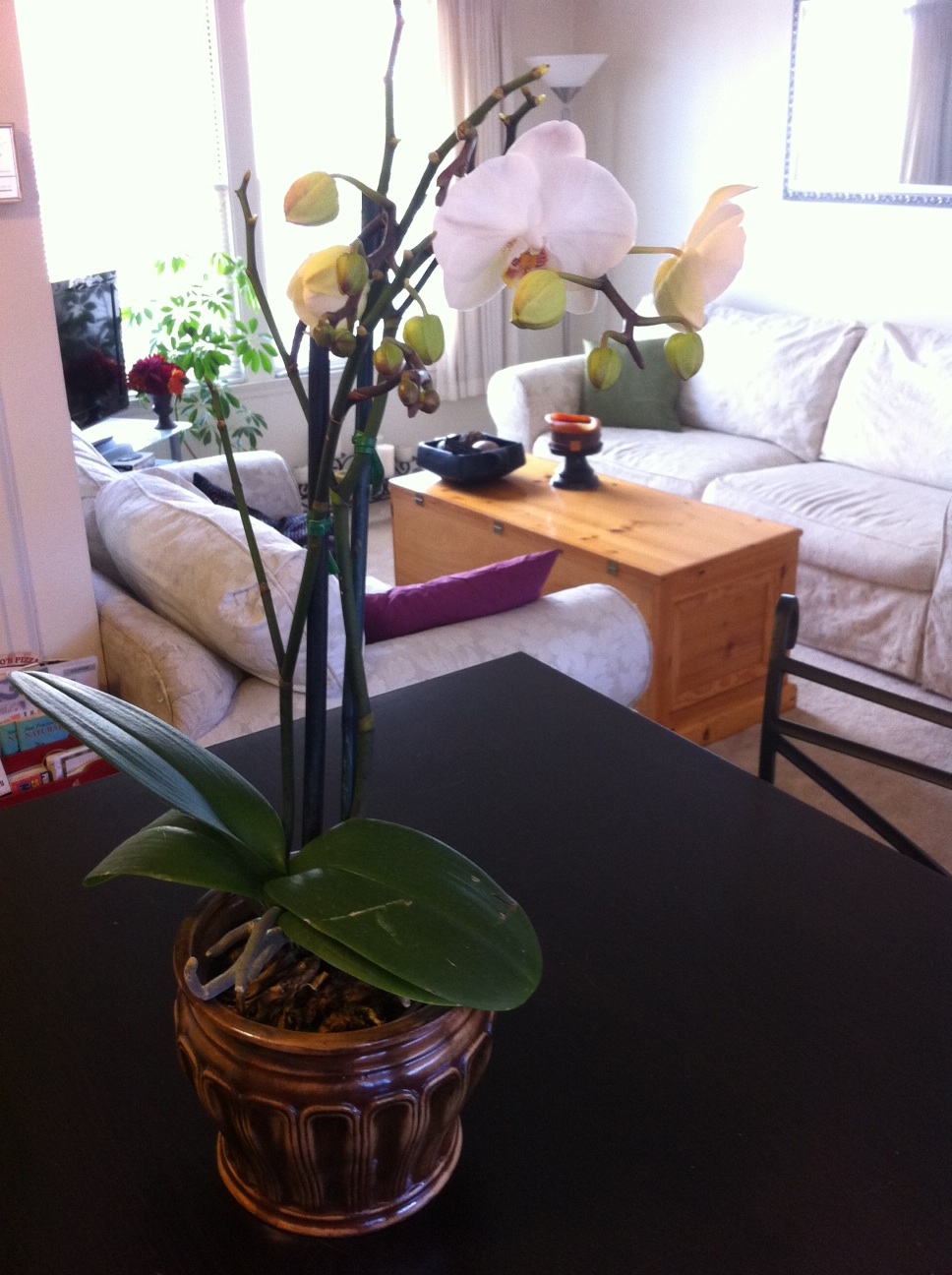 This Sunday I decided to roll up my sleeves and attack my storage unit.  It was one of those looming projects that I just hadn’t had the time, energy, nor the desire to take on for months.  By months I mean almost one year. I had boxes in there that I hadn’t opened since being tucked away almost exactly one year ago when I sub-leased my apartment and left for three months to live in Peru.

The project took on a “full circle” feel in more than one way.  Not only did I go through stuff that had been tucked away over the past year – I went through boxes of documents and random stuff from when I first came to the Bay Area as an innocent, naive 18 year old; my time at Menlo College; and the many chapters ever since… END_OF_DOCUMENT_TOKEN_TO_BE_REPLACED 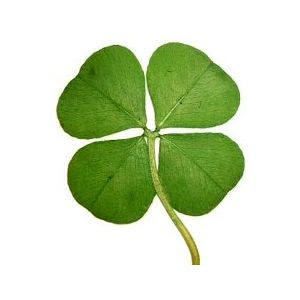 May you always have…
Walls for the winds
A roof for the rain
Tea beside the fire
Laughter to cheer you
Those you love near you
And all your heart might desire.

Wishing you all a lovely and safe St Paddy’s…

I decided to make an impromptu trip back to Cusco for what was supposed to only be three days, but ended up being 5 ;-) I hate to admit that I actually got sick with “soroche” aka alitude sickness -what a mean, unfortunate experience that was….I walked around Cusco city and saw some beautiful sights, then I tried to be a “trooper” and head out to some of the clubs later in the nigth and regretted it like I’ve never regretted anything in my life. I went to Mama Afrika which is “the place to be” in Cusco, so I assumed I would have a blast – however, I was annoyed at the fact that the place cost 15 soles to get into, and was packed beyond belief with people, to the point that I couldn’t breathe…besides the fact that almost everyone was smoking cigarettes so the only oxygen available was completely sucked out of the room…I left my group to go to the restroom, and made it halfway before I felt the world spinning around me and my face immediately flush. I needed fresh air, but had no idea how I was going to get through the crowd in time. I don’t know how I made it to the bathroom. but once I did, I was able to feel slightly human again and well enough to grab my coat and make it outside…I walked to my hostel a little tired, and a lot relieved!! The next day was a beautiful time in Cusco – I was thankfully no longer sick, so Pamela and I headed out into Cusco city and explored some of the main city. We went to the Inca Museum which was so beautiful yet did a good job of making me resent my spanish ancestors ;-( We met up with Beto and her friends in a “local” part of Cusco at a Rodizio restaurant called “El Carbon” that was absolutely excellent and cost us 35 soles for a delicious and incerdibly delicious buffet meat lunch. GOOD TIMES!! I was so relieved to find out that my stomach was now behaving. so…. That night was going to be my last night in cusco (potentially) so I was excited to go out and see the city! however, my cousin ended up getting sick, so she bailed on me!! ;-) It ended up being ok, since it forced me to go out and enjoy the city on my own, so I walked all over the city looking for a place to eat and drink – and found my way back to Incanto off of the Plaza de Armas and had one of the best Pizzas and Pisco Sours of my entire trip! After that, I went to Paddy’s a few doors away, out of nostalgia mostly, but ended up meeting a great new friend David while I was there. We had a great time and got to catch up with Lauren – the other bartender, who was so nice and had such an interesting history…. The next day I went back to Pisac – lots of exploring to do for my mom – it was so beautiful the first time that I couldn’t leave Cusco without going back again! The Market was incredible! I found everything and everyone I was looking for and then some! As we were leaving, I looked back and realized I could seriously see myself living here and doing this kind of business for the rest of my life! Then I parted ways with Pamela – she was go go back to Cusco and catch a plane to Lima later that afternoon, and I was to drive into Ollantaytambo and try to meet up with Aiden to catch a 3:00 bull fight! I made it to Ollantaytambo, thankfully by 1:00, so plenty of time for the bull fight…found Aiden’s hostel and thankfully Aiden himself followed shortly. We decided to relax and grab a bite to eat at a great little spot called Heart’s Cafe – http://www.heartscafe.org/index.html. Inspiring history of the owner and her calling to this magical land…then head into the center of town to follow the procession down to the bull fight. To say it was magical would be an injustice. We had such a blast! We met so many local folks – all eager to share their local pride and knowledge with us, some even eager to hand us free beer in reference to their appreciation and pride of their town. We appreciated and accepted all of their generosity! ;-) I showed Aiden around my uncle’s hotel – the Pakaritampu, enjoyed a Cuzquena and headed into town for a lovely dinner at KP Tambo – very quaint, cozy restaurant and hostel. I had the best Lomo Saltado of my entire trip…great vibe, great service, great meal, and great company ;-) After dinner we headed out on the town – assuming there would be a plethora of festivities to choose from, and soon realizing that the locals had taken their festivities up the mountain and away from the main part of town. Aiden and I contemplated making the trek, and decided we were not that brave ;-) We ended up stopping by a quiet little spot closer to the ruins called Quechua Blues Bar Cafe -ironically playing reggae music. Had a beer and chatted with the friendly bartendress who recommended we check out the local “Club”. So we headed to the club, ended up making a few friends who all worked for PeruRail and were incredibly generous and very sweet.

The days leading up to New Years were spent connecting with family members and going out in Lima. My cousin took me to Larcomar in Miraflores for the first time – it is a boardwalk type mall that overlooks the coast of Miraflores and the beach and is absolutely gorgeous. There are the best of the best stores and restaurants, a movie theater, and tons of things to entertain you. We met up with some old college friends of my cousin’s and went to a restaurant called La Dama Juana – they had a live show featuring various styles of Peruvian traditional dances from the different regions. The food was Criollo – my favorite!! I decided to go for the buffet so I could sample all of the incredible dishes I haven’t had in many, many years – Arroz con Pollo, Causa, Ceviche, Carrapulcra, etc etc…SO GOOD!!! The show was incredible – I saw dances from the Sierras/Andes region that I had never seen, and some Afro-Peruvian dancing (Negroide) that I love. Fun night and would recommend any one check that place out when visiting Lima. My cousin Carlo Mario is in the Peruvian Navy – and I was honored that he asked me to be his date for the Navy’s New Year extravaganza at the Naval Center in Lima. This year was the year he earned his next stripes, and tradition is that the official ceremony where they change the shoulder boards happens at the New Year’s party. It was my role as his date to do the official change of stripes – and I completed my mission like a champ! My cousin looked so handsome and the Naval center was absolutely breathtaking. The party was amazing – a live 12 person band that played all the best music and had the party poppin’ all night! The theme was a bit of circus/carnival so there were jugglers, men on stilts and huge 12 foot masks walking around keeping everyone entertained. All of my cousins Navy buddies were so nice and I had a blast dancing the night away…we left around 5:30 AM – totally content and totally tired. HAPPY NEW YEAR!!!!! ;-)